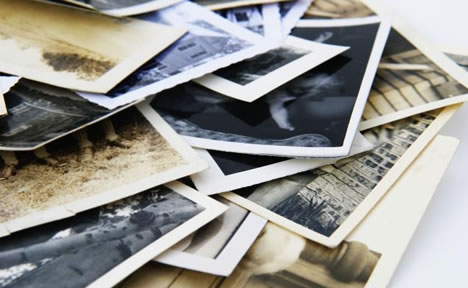 When did the church begin?

Neighborhood Church began in 1971 under the leadership of its founding shepherd, Ed Petersen and a team of elders. They were joined by several strong Christian families from the community. Together they sought to establish a non-denominational Bible-believing church that served Anderson, Cottonwood, and the surrounding region with several distinctives.

What made us unique?

These distinctives included being led by a team of elders rather than by an individual pastor, putting a strong emphasis on Christian community in and through small groups, emphasizing the priesthood of all believers, and seeking to be actively engaged in the local community.

Where did we meet?

During the first 11 years of its existence, Neighborhood Church did not have its own building. On Sunday mornings we met in various locations over the years including the Shasta District Fair Grounds, the Anderson River Park, and the Seventh Day Adventist Church building in Anderson. Throughout those years, people were always encouraged to also meet in home groups in the evenings throughout the week.

When was our church building built?

In 1982 we built what was affectionately called, “The Lighthouse on the Hill,” our first and only building so far. Our modest but practical facilities at the top of the hill on Rhonda Road in South Anderson have served us well for many years. As we have grown, we have added on to our facilities three times.

Who were our first missionaries?

In 1984 we sent out our first missionaries, Dan & Shelly Eckley (along with their four children). They served in Nuremberg, West Germany with Youth For Christ.

When did we first hire staff?

In our early years, Neighborhood Church was able to function exclusively through volunteers. Yet, as time went on, we slowly added staff in order to better serve our church family and our community. 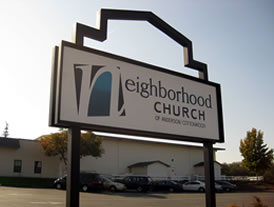 In 1985 Neighborhood Church hired its first full-time staff person, Brad Manley. Brad had previously been a professor at Shasta Bible College. He came on staff to serve as a teaching elder to help train and equip our people for ministry.

Maxine Cambra was our first office staff worker. She was hired as Church Secretary in 1986. When the Eckleys returned home from Germany in 1987, Dan became Neighborhood Church’s first Youth Pastor.

How have we grown?

As our church continued to grow, in 1996 we added a second worship service on Sunday mornings. As time has gone on, God has blessed us to be able to send out more missionaries, increase our staff to serve more effectively, reach more people with the Gospel, and disciple more believers for the glory of God and the joy of many people.

We praise God for His faithfulness to us and thank Him for every person who is part of our church family.