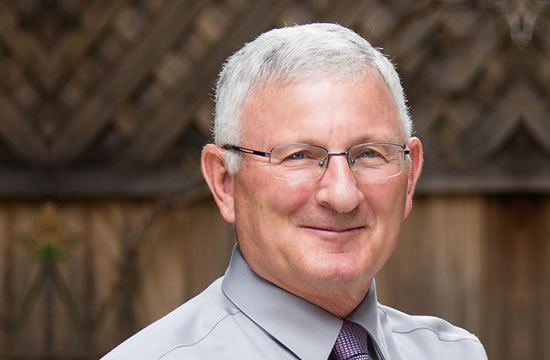 Position & Ministry Description:  Dan is a staff elder whose duties include preaching and teaching, pastoral oversight, and developing volunteer teams in areas such as Men's Discipleship, Enfolding, Social Events, and Testimonials. Dan seeks to build up and encourage the body of Christ in whatever ways he can.

Dan's Vision: To finish the race and complete the task the Lord has given him--the task of testifying to the gospel of God's grace and to take as many to heaven with him as God's will allows.

Family Information:  Dan and his wife Shelly were married in 1975. They have four grown children: David, Laura, and Katie, and Renee. God has blessed Dan and Shelly with an abundance of grandchildren, and the number keeps growing!

Church History:  Dan and Shelly began attending Neighborhood Church in 1975, shortly after their marriage. Dan joined the church staff in 1987.

Ministry Experience & Education:  Dan graduated from California University, Chico with a major in Physical Education and a minor in English. He also received a Lifetime Teaching Credential from CSU, Chico. Dan was a high school English and P. E. teacher for 10 years, during which time he also coached wrestling and football. Dan then graduated from the Youth for Christ Institute of Evangelism and served with Youth for Christ in Nuremberg, Germany from 1984-1987. Upon returning to the U.S., Dan came on staff as Neighborhood Church's first youth pastor.